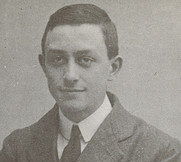 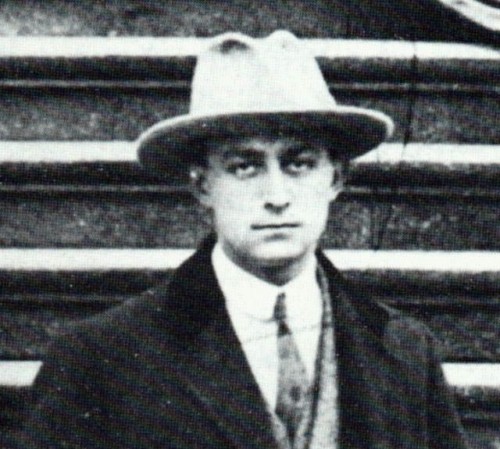 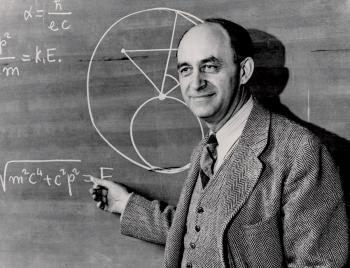 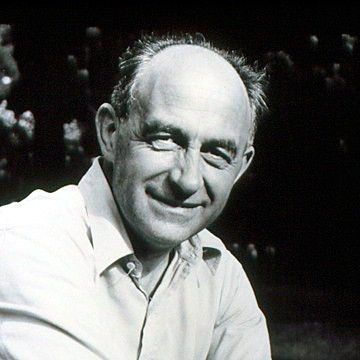 Enrico Fermi was born on September 29, 1901, in Rome, Italy. At age 14, he become interested in the study of physics as a way of coping with his grief over losing his brother Giulio during minor surgery. In 1922, he graduated with a doctorate from the prestigious “Scuola Normale Superiore” of Pisa, a special university-college for selected gifted students. In 1923, Fermi was awarded a scholarship from the Italian government and spent several months with Professor Max Born in Gottingen.  In and later that year he returned to Italy to occupy the post of Lecturer in Mathematical Physics and Mechanics at the University of Florence, a position that he held for two years.  In 1926, Fermi discovered the statistical laws, nowadays known as the “Fermi statistics”, governing the particles subject to Pauli’s exclusion principles (now referred to as fermions, in contrast with bosons, which obey the Bose-Einstein statistics).  The next year, Fermi was elected Professor of Theoretical Physics at the University of Rome, a post that he retained until 1938 when he emigrated to America, primarily to escape Mussolini’s fascist dictatorship. Fermi was also awarded the 1938 Nobel Prize in Physics for his demonstrations of the existence of new radioactive elements produces by neutron irradiation, and for his related discovery of nuclear reactions brought about by slow neutrons.” During Fermi’s early career in Rome, he focused on electrodynamic problems and theoretical investigations on various spectroscopic phenomena, but soon turned his attention from the outer electrons towards the atomic nucleus itself.

In 1934, he evolved the beta-decay theory, coalescing previous work on radiation theory with Pauli’s idea of the neutrino. Following the discovery by Curie and Joliot of artificial radioactivity that year, Fermi demonstrated that nuclear transformation occurs in almost every element subjected to neutron bombardment.  This work led to the discovery of slow neutrons, which led to the discovery of nuclear fission and the production of elements lying beyond what was until then the Periodic Table.

In 1939, Fermi was appointed the Professor of Physics at New York’s Columbia University, a position that he held until 1942. His experiments during this time led to the atomic pile (nuclear reactor) and the first controlled nuclear chain reaction, which took place in Chicago on December 2, 1942, on a volleyball field beneath Chicago’s stadium.  He then became one of the leader of the team of physicists on the Manhattan Project. After World War II, Fermi accepted a professorship a the Institute of Nuclear Studies at the University of Chicago, a position he held until he died from stomach cancer in Chicago on November 28, 1954.  Element 100 was named Fermium (Fm) in his honor. He and his wife, Laura Capon, who he had married in 1923, had a son, Giulio, and a daughter Nella. 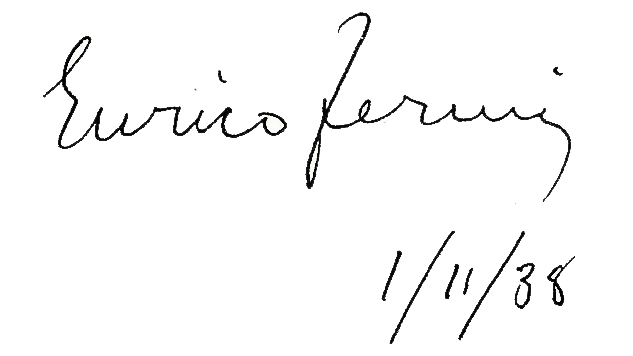